Our Gibraltarian adventure were coming to an end after two and a half nice years, and a new member in the family. So we were in the process of looking for a new place to move our particular “nomad caravan”. We thought in different places for the coming move and this trip was certainly key in our decision. We found that Austria ticks a lot of boxes in our wishlist: beautiful country, relatively safe and with a good health system, good opportunities for the three of us, a new language to learn, it is in the middle of Europe what means that there are a lot of interesting places easily reachable and it is like heaven for bicycles!. But what most caught out attention was that people seems to live really well and enjoy life. Low stress, contact with nature, lots of sports… We finished our little two-wheeled adventure thinking how would it be to live here for some time.

All began on a bike

The idea of a bicycle trip was around our heads for quite a while and for genuinely good reasons: it is green, cheap, healthy… not to mention the contact with the nature and the people, the freedom it gives, the slowness.

Our first idea was to ride one of the Vías Verdes (literally, “green ways”) in Spain, we did our research to find the most appropriate, planned a bit… but we couldn’t find something that truly satisfied our objectives for this holidays. The circular routes are too short, and for the longer ones we needed to take the train in one direction. We don’t have anything against the train, on the contrary we love travelling by train, but have you ever tried to travel with your bike by train in Spain? Try to avoid it if you want to keep your sanity.

Then we remembered that somewhere we read about a cycle-path that goes all along the Danube River, and it turned out to be the perfect plan for cycling holidays. Not the most adventurous, but great to do with a toddler and enjoy a pleasant ride while we discover new places. Highly recommended for families or as first cycling trip: it is really enjoyable, safe, easy and with lots of facilities. And so it was settled.

We headed to Passau, a beautiful city in the foothills of the Bavarian Forest, just on the German-Austrian border. We rented a couple of bikes and just followed the “Donau” crossing Austria until we arrived to Bratislava 400 Km later. 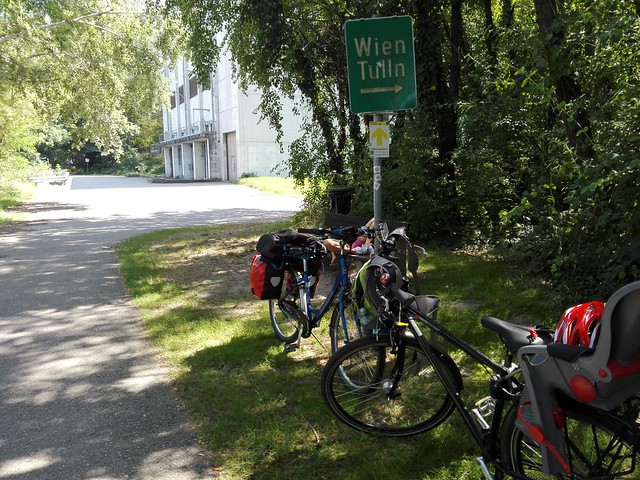 Back at home I started to do some research on internet for jobs in Austria, I was able to find some interesting ones but at the same time I realized that this wasn’t going to be an easy task. Proficiency in German language is almost a must to find a job in this country, so my focus was on those which didn’t mention anything about the need of knowing Deutsch. This was, obviously, very limiting.

Among all the offers in this subset one caught my attention due to its location, it was for a company based in a small city, of which I had never heard before, close to the Lake Constance. Not a big city like Vienna or Linz, but a place with less than 50.000 inhabitants. And in a very promising region, in less than 30 minutes we could reach Germany, Switzerland and Liechtenstein. North of Italy in about 2 hours. I had to apply.

After that everything was quite fast, I was contacted to schedule a Skype interview, during which I managed to fool convince them and get an invitation for a “Taster Day” in their offices. The company paid for all the expenses, so I had nothing to lose, at least I will get a free (quick) visit to Vorarlberg. And I never say no to a free trip. Long story short: I walked out the building with an offer and more doubts than when I walked in. 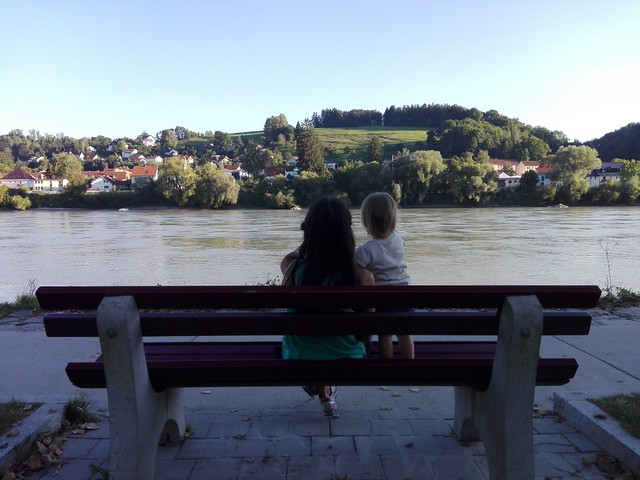 Don’t save anything for the swim back

Have you ever had that feeling when you have the dilemma to make an important change in your life but it scares the shit out of you? In those cases the answer is always “do it anyway”. Sometimes it is just a matter of give everything you have and go forward, if you save for the swim back you will never reach the other side.  It is intimidating at the beginning but you will never regret it.

And yes, this is how we end up living in Austria just eight months after that wonderful bike trip.

This site uses Akismet to reduce spam. Learn how your comment data is processed.